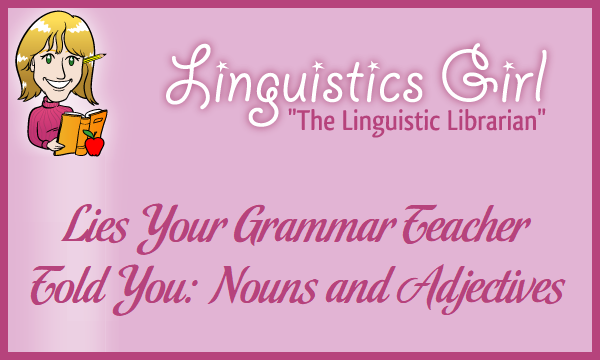 The line between grammatical forms is blurry at best, especially among lexical categories. As closed classes that do not readily accept new members, functional categories such as pronoun, preposition, determiner, and conjunction are much clearer. But nouns are verbed, adjectives are nouned, and verbs are nouned and adjectived. (Notice the conversion of the nouns verb, noun, and adjective into verbs.) However, not all words that describe nouns are adjectives.

Grammatical form and grammatical function distinguish one word class from other. The internal structures, or grammatical form, that distinguish adjectives from other word classes are degrees of modification. Prototypical adjectives express three degrees of modification: positive, comparative, or superlative. The positive form is the base form of the adjective. The comparative form expresses a comparison between two entities in quality, quantity, or degree. The superlative form expresses the highest degree of comparison.

English has two parallel systems of comparison. The morphological system uses the suffixes –er and –est, with some anomalous forms. The syntactic system uses the adverbs more and most. For example:

The internal structures that distinguish nouns from other grammatical forms are number and possession. Prototypical nouns express number. Grammatical number refers to quantity. English nouns are singular or plural. Singular means one. Plural means not one. The majority of English nouns are regular, taking an -s suffix to form the plural. Irregular nouns follow other rules for forming the plural such as vowel and ending changes. Many irregular nouns are of foreign origin such as Latin and Greek. For example:

However, although prototypical nouns express number, some categories such as noncount, uncountable, or mass nouns, cannot. For example, knowledge and furniture have only singular forms.

Both words describe a noun, but only tasty is an adjective. Carrot is a noun.

As previously explained, grammatical form and grammatical function distinguish word forms. Both tasty and carrot function as noun phrase modifiers in tasty cake and carrot cake. However, tasty like other adjectives can express degrees of modification: tastier and tastiest. The noun carrot cannot express degrees of modification: *carroter cake and *carrotest cake. Carrot does, however, have plural and possessive forms: two carrots and carrot’s flavor. As an adjective, tasty does not have plural or possessive forms: *tasties and *tasty’s.

In addition to adjectives and nouns, prepositional phrases, verb phrases, and adjective clauses can also function as noun phrase modifiers. For example:

What about words like colors? In the sentence I like the reds, the word red is a noun. Reds is plural, which is an internal structure that distinguishes nouns from other grammatical forms. In I like the reddest one, the word red is an adjective. Reddest is a superlative form, which is an internal structure that distinguishes adjectives from other grammatical forms. Another example is the word human. In the sentence, To err is human, the word human is an adjective because the word can be compared as in To err is most human. Conversely, in the sentence The doctor needs human tissue, the word human is a noun because human can be moved into a prepositional phrase as in The doctors needs tissue of a human. Therefore, some words can be nouns or adjectives depending on the context. 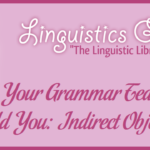 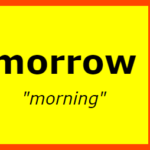