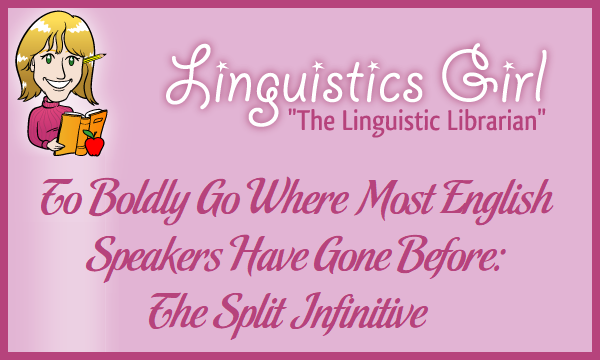 The infinitive in English is a nonfinite verb form formed by the preposition to followed by the base form of the verb. The to functions as an infinitive marker. For example, to write, to eat, and to sleep are all English verbs in the infinitive form. To split an infinitive means to insert an intervening element between the preposition to and the base form of the infinitive. The most quoted example of a split infinitive in modern English is from the title sequence of the original Star Trek series: to boldly go where no man has gone before. So, why the disdain for something which sounds perfectly grammatical to the native ear and that native English speakers do all the time?

The answer again is that pesky Latin grammar model. When the early grammarians were writing the “rules” for English grammar, they decided that, since infinitives in Latin could not be split by intervening elements, then infinitives in English also could not be split. Since Latin was the language to which other languages aspired, making such a rule seemed all well and good. However, those first grammarians failed to consider a rather important point: in Latin, the infinitive is a single word (similar to modern German or Spanish) and, therefore, cannot possibly be split. So, even though the form of the infinitive in English is not parallel to the form of the infinitive in Latin, a Latin grammar model is still (although falsely) applied to English.

The Position of Adverbs

The rule against splitting infinitives in English is a false application of Latin grammar on the English language. Split infinitives are not only grammatically possible but, more importantly, frequently used by native English speakers. So, I will continue to defiantly split my infinitives and so should you. 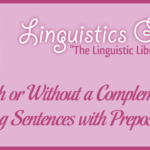 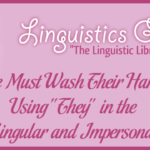