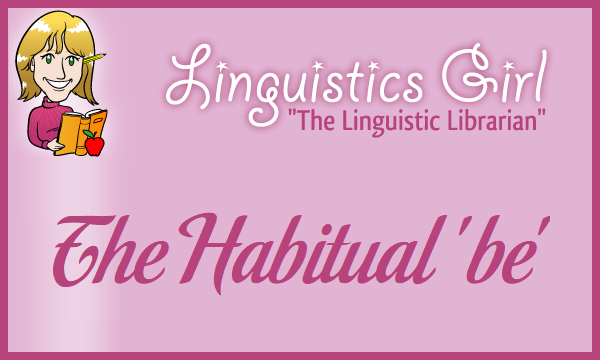 What is the habitual be? Who uses the habitual be? I began writing this post a few months ago as I investigated verb constructions outside the tense-aspect paradigm of the mythical standard English for the grammar book that I am writing. Writing about a topic helps me with my understanding.

Habitual be refers to the use of an uninflected be to denote a habitual or extended action, state, or occurrence. Invariant be is another name for the habitual be. In my English (St. Louis Corridor of the Inland North of American English), the present progressive denotes an ongoing action, state, or occurrence happening at the moment. The simple present can express habituality.

In the first three sentences, the verbs sing, read, and study are occurring in the present at the time of the utterance.

In the last three sentences, the verbs occur habitually.

In contrast, some Englishes use the habitual be to express habitual actions, states, and occurrences.

(By mythical standard English, I refer to Englishes considered socially prestigious such as Standard American English and PR (Received Pronunciation) English. All languages are linguistically equal. Some languages are considered socially more prestigious than others. The mythical standard does not necessarily reflect actual usage by actual speakers, which is a topic for another post. I use refer to the standard as mythical because no one actually speaks a standard language.)

In the above examples, the habitual be functions as an auxiliary verb. Habitual be can also be a copular verb that links the grammatical subject with the subject complement.

The source of habitual be in African American Language is still disputed. Irish immigrants and blacks in the Caribbean and North America did have extensive contact with each other beginning in the 17th century. Just as blacks were discriminated against (and still are), Irish racism also occurred in Britain and America beginning in the 19th century (but dating back to the Norman invasion of Ireland). Segregation separated blacks and whites. (Think Jim Crow “Whites Only” and “Colored” signs that were pervasive in the United States until the 1960s.) Anti-Irish discrimination also occurred. (Think about the “No Irish need apply” signs that were common in the United States dating from the mid-1800s.) As often happens, disenfranchised groups come into contact with each other, which happened with BIPOC Americans and Irish immigrants. Habitual be is now found in Englishes considered “less prestigious” such as African American Language, Irish English, and Caribbean Englishes.

Whatever the beginnings of the habitual be, the form is not an error. All languages are linguistically equal. Both Englishes with and without the habitual be can express habituality. African American Language along with Irish English and Caribbean Englishes have a unique form for expressing habituality: the habitual be. 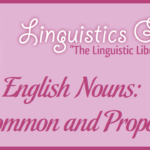 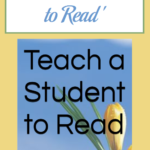