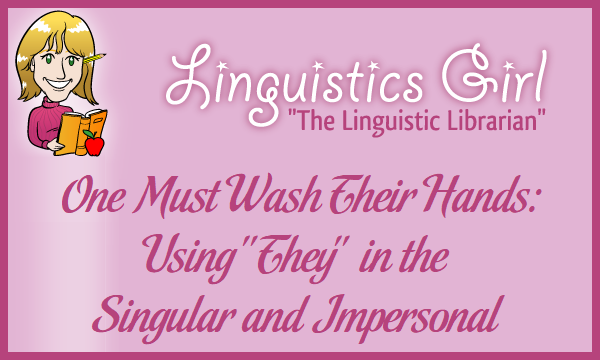 Most native English speakers can recall (with some trepidation) the days of fill-in-the-blank grammar exercises. Consider with me the following sentences:

A good student always turns ___ homework in on time.
One should always wash ___ hands before eating.
Apparently someone called for you; ___ asked you to call ___ back.

According to the prescriptive grammars dictating the traditional English grammar classroom, the “correct” answers should be something along the lines of:

A good student always turns his or her homework in on time.
One should always wash one’s hands before eating.
Apparently someone called for you; he/she asked you to call him/her back.

These answers (his or her, one’s, he/she, him/her) are all fine and well for a grammar homework assignment, but who really talks like that?

The Impersonal in English

Are you as an English speaker more likely to say “One should always wash one’s hands before eating” or “One should always wash their hands before eating”? Even I, the grammar nerd that I am, am more likely to use the possessive determiner their instead of the impersonal modifier one’s. With this statement, the prescriptive grammarian is likely to interject: “But their is plural! You can’t use a plural to refer back to a singular!”

Yes, I can, and, yes, I do. First, language is not about conforming to a set of arbitrarily prescribed rules. Instead, language is as language does. Language is how people use it, not how some uppity prescriptivists say it should be used. Native English speakers frequently use the plurals they, them, their, and theirs to refer back to singular antecedents. In fact, native English speakers more often use the plural their in constructions that have the impersonal pronoun one as the subject than to use the impersonal modifier one’s.

The Lack of the Gender Neutral Singular in English

The first and third sentences illustrate the problem of the lack gender neutral singular pronouns and possessive determiners in English. Both antecedents a good student and someone indicate the referent is a singular individual of unknown gender. A good student can be male or female as could the person who made the phone call in discussion. In either case, the noun phrase to which the subsequent pronouns and possessive determiners refer is singular.

In English, the singular pronouns are he/him/his, she/her/hers, and it/it/its and the singular possessive determiners his, her, and its. Unlike the nouns in languages like German and Spanish which show grammatical gender, nouns including pronouns in English reflect natural gender. While grammatical gender is the assignment of nouns to categories such as masculine, feminine, and neuter, natural gender is the reflection of the biological sex or social gender of the referents of nouns. For example, the noun man is considered masculine because men are male.

The Development of the Singular They

The simplest solution to the lack of a gender neutral third person singular pronoun and possessive determiner would seem to be to make one up. For example, some English speakers interested in the topic have suggested the creation of the pronoun e as a gender neutral third person pronoun. However, pronouns belong to a closed word class, meaning new pronouns cannot easily be created and current pronouns cannot easily be changed or deleted. Instead, through the process known as semantic change, English speakers have adopted the word they and its inflected forms as a third person singular gender neutral pronoun and possessive determiner.

Returning to our three fill-in-the-blank sentences, should one always wash one’s hands or should one always wash their hands before eating? The answer is either, depending on the context of the statement. Only the most formal registers such as in academic writing still prohibit the use of the singular they. One is perfectly grammatical in washing their hands of the proscription of the singular they. 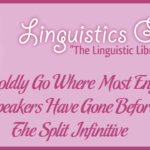 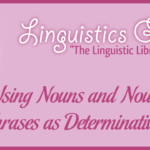