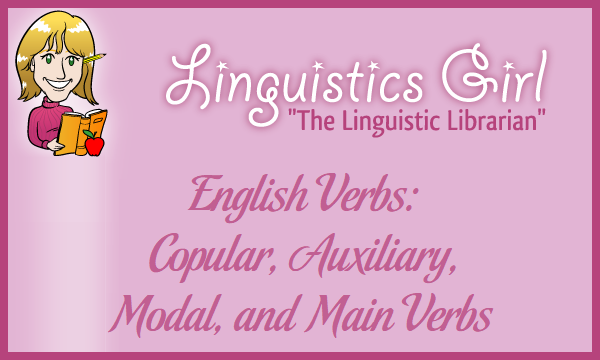 As defined by traditional grammars, verbs are “action or state of being words.” Within verb phrases in English, there are four types of verbs:

Copular verbs are also referred to as linking verbs and copula.

Auxiliary verbs are also referred to as helping verbs.

The fourth type of verb in the English language is the main verb. Main verbs are dynamic or stative verbs that function as the head of the verb phrase. All other verbs that are not auxiliary or modal verbs are main verbs in English. For example:

The four types of verbs that appear in verb phrases in the English language are copular verbs, auxiliary verbs, modal verbs, and main verbs.