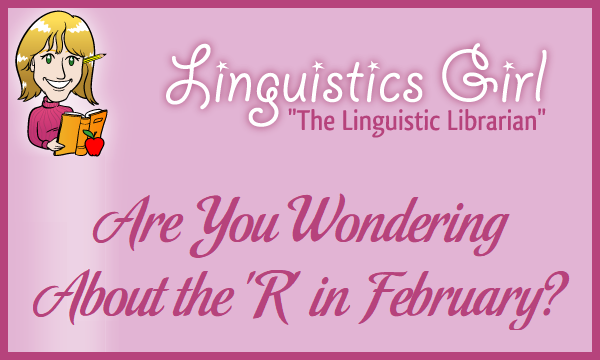 English spelling appears inconsistent at first. From silent letters to doubled letters, the orthography of English seems downright wacky to native and foreign speakers of the language. However, delving into the history of words reveals that the spelling of English makes more sense than first impressions imply. For example, why does February have an r between the b and u in the second syllable? While some English speakers pronounce the word as [fɛbrʊəri] with an [r], many say [fɛbjʊəri] with a [ju] sound in an analogy of the pronunciation of January. Which is the correct pronunciation?

February is the second month of the year in the Julian and Gregorian calendars. The Old English word for the month was Solmonað. After the Norman Conquest, the Old French Feverier was borrowed into the English language and subsequently became Feoverel. The corresponding Roman month Februarius came from the Latin word februum meaning purification from the purification ritual Februa held on February 15 of the old lunar Roman calendar. The English Feoverel became February in imitation of the Latin Februarius.

Both the Oxford English Dictionary and Merriam Webster list [fɛbjʊəri] with a [ju] sound as the most common pronunciation of February but note that [fɛbrʊəri] with an [r] is another accepted form. The more common feb-yoo-err-ee occurs because of dissimilation. Dissimilation is a phonological process in which similar sounds in a word become less similar. During the fifteenth century, Feoverel became the standardized and classically-spelled February. At the same time, the Great Vowel Shift resulted in a major series of changes in the pronunciation of English. Vowel breaking changed the [u] sound in February in to the diphthong [ju]. The Middle English pronunciation of the month became an awkward [fɛbryʊəri]. The close proximity of two [r] sounds and the diphthong [ju] frequently results in the deletion of the initial [r] sound and the common [fɛbjʊəri] pronunciation. A minority of English speakers delete [y], resulting in the [fɛbrʊəri] form.

To make matters more complicated, during Middle English, the a in the third syllable was pronounced [æ] as in cat. The near-low front unrounded [æ] is pronounced in the opposite area of the mouth from high back rounded [u]. To make the transition easier, many English speakers insert a [w] between the two vowels resulting in fe-brew-war-ee. The third syllable becomes a schwa [ə] for speakers, creating a fe-brew-wary pronunciation. The awkward repetition of [r] sounds results in the deletion of the first [r] sound. Many speakers then delete the [w] sound between the [ju] and [ə], and February becomes [fɛbjʊəri].

Despite complaints from uppity prescriptivists of spelling pronunciation, English speakers have been pronouncing the second month of the year as [fɛbjʊəri] for at least the last 150 years. As with many “silent” letters in English orthography, the phonetically mute r in February is loud with history. The common pronunciation of February as [fɛbjʊəri] comes packed with a rich etymological, orthographic, and phonological history. 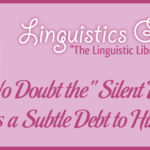