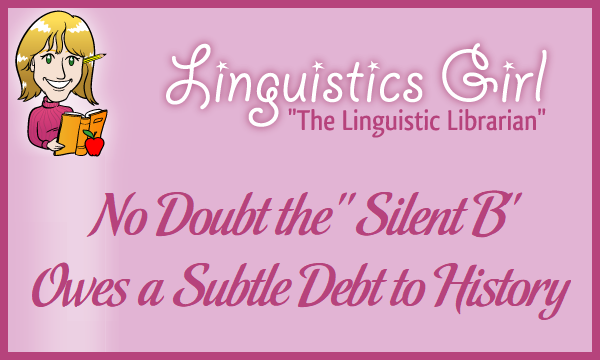 School children all over the English-speaking world bemoan the many “silent” letters of English spelling. The orthographic system of the English language appears inconsistent at first. Many words have a “silent e” and February has an ‘r’ that is sometimes but sometimes not pronounced. Despite initial impressions, the “silent” letters of English spelling reveal a rich history of individual and groups of words. For example, why do doubt, debt, and subtle have a “silent b”?

The word doubt meaning “a feeling of uncertainty or lack of conviction” or “to feel uncertain about” is pronounced by most English speakers as [daʊt]. Likewise the words debt meaning “a sum of money that is owed or due” is pronounced as [dɛt] and subtle meaning “so delicate or precise as to be difficult to analyse or describe” as [sʌtəl]. All three words are spelled with an unpronounced ‘b.’ As with the “silent r” in February, we can blame the linguists of the sixteenth century who sought to reform the English language.

Doubt, debt, and subtle all came to Modern English from Middle English via Old French. The history forms are doute (noun), douter (verb), dette, and sotil. When the words entered the English language, none were spelled with a ‘b.’ During the 1500s, scholars seeking to reform English wanted to align the spelling of words with their etymological roots. The Old French doute and douter are related to the Latin dubitare and dubius, dette to the Latin debitum, and sotil to the Latin subtilis. All four Latin words have a pronounced ‘b’ sound. As with many words during the Middle English period, the spellings of doubt, debt, and subtle were Latinized to reflect the histories of the words.

The word doubt additionally owes its “silent b” to the root doub, as Gina Cooke of LEX: Linguist-Educator Exchange explains. Both doubt and double have the doub root. Prior to borrowing the French doute and douter, Old English had the word tweogan, which means “to doubt” or “to hold two opinions at once.” Notice the similarity between the modern two and the Old English tweogan. Likewise, doubt and double have a sense of “two-ness.” Double means “consisting of two equal, identical, or similar parts or things” and “twice as much or many.” Likewise, doubt means “to second guess” or “be of two minds.” Doubt and double share both a ‘b’ and a root that mean “two-ness.”

All three words with a “silent b” also relate to other words with a pronounced b. For example, dubious meaning “hesitating or doubting” or “of questionable value” comes from the Latin dubiosus and dubium. Debit meaning “a payment paid or owed” relates to the English debt and comes from the French debit and the Latin debitum. The word subtle comes from both sub- meaning “under” and tela meaning “web,” resulting in the Latin subtilis meaning “finely woven.” The Modern English sub- prefix also has an “under” or “beneath” meaning. We can thus see a relationship between subtle with a “silent b” and words like subdued meaning ” soft and restrained.”

“Silent” letters are the bane of spelling for many English speakers. The key to understanding English orthography is to look past pronunciation and delve into the history of each word. The “silent b” in doubt, debt, and subtle is phonetically mute but loud with etymology. 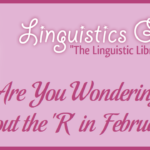 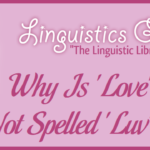