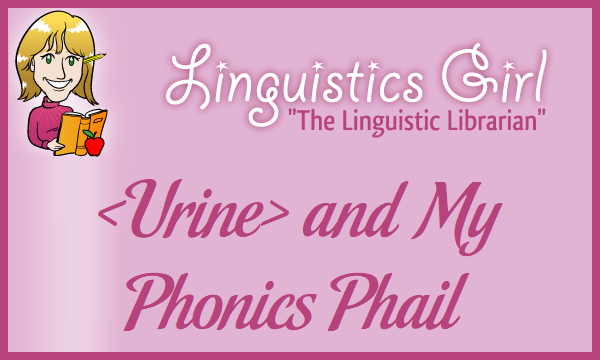 I grew up in the 1990s. I entered kindergarten in 1990 and began learning to read that year. Phonics and sight words still stick out for me. I remember being handed lists of “sight words” to learn to read and spell. I would ask questions like “why is X spelled ABC?” The only answers I received were “it just is” and “because English spelling is weird.” And then came the phonics lessons with things like long and short vowels. Even as a grade schooler, I questioned the terms long vowel and short vowel. “How is the <a> in <ate> longer than the <a> in <at>?” I knew something was wonky, but I did not begin to get answers to my questions until I was an undergrad junior. The full truth did not come until a year ago when I delved into Structured Word Inquiry.

Why do I bring up my reading education? Because my phonics miseducation continues to mess me up to this day. While working on the reading program that I am creating for my second-born, I used the word <urine> as an example of <ur> spelling [jɜɹ]. I could not figure out why <urine> had an <e> on the end. I did a quick Etymonline search and found that the word comes from Old French <orine, urine> and Latin <urina>. I knew relatives were <urinate> and <urination>. I also knew the American pronunciation was [jɜɹɪn] while the British was [jʊəɹaɪn]. But the <e> did not make sense to me. Why?

Because my phonics miseducation phailed me.

Phonics is a method of teaching reading in which letters correspond to sounds. Letters, or rather graphemes, can spell sounds. But letters can also function as markers or spell the zero phone. The so-called silent letters. (As an aside, all letters are silent. Letters can spell sounds, but letters do not make sounds. Language users make sounds.) Phonics teaches that the primary function of English spelling is to represent sounds. Which is wrong.

SWI is not anti-sound. SWI considers morphophonology, which is the interaction between morphological and phonological/phonetic processes, focusing on the sound changes that take place in morphemes when combining to form words. Sounds do matter in the English spelling system, but writing is not just sounds written down.

Going back to my question about the <e> in <urine>, my phonics miseducation sneakily whispered to me from the back of my mind that “a silent <e> tells the preceding vowel to say its name.” A replaceable <e> can mark the phonology of a vowel. But I had approached the word <urine> in the wrong order.

What does <urine> mean? The word means “liquid waste from the body, pee.”

How is the word built? Oops! I completely missed this question. If I had investigated the word fully, I would have realized that <urine> is a complex word that consists of the base <ur(e)> and the suffix <ine>.

Finally I could have asked, what are the sounds that matter? The grapheme <i> can spell [ɪ] or [ai], among others. <ur.i.n.e> is a perfectly cromulent spelling of [jɜɹɪn]. And [jʊəɹaɪn]. Because the primary function of English spelling is to represent meaning. Not sound.

The evidence is in the spelling system. 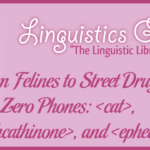 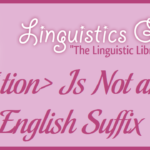