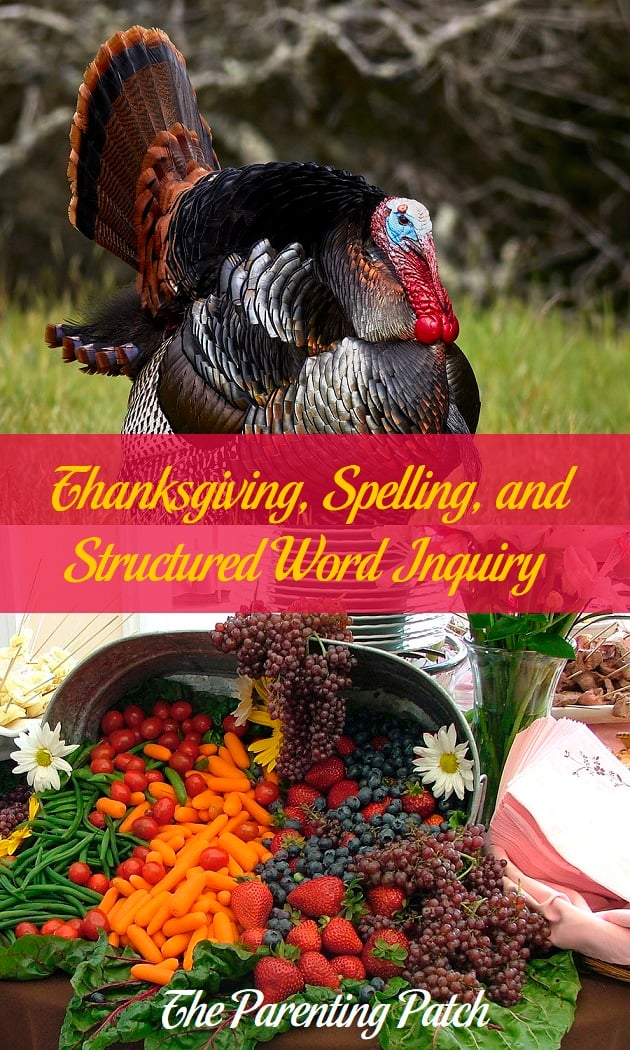 English spelling is rule-based. There are no exceptions, just more rules to uncover. I have yet to find a word whose spelling cannot be explained. Structured Word Inquiry (SWI) is a means by which to study spelling. One can use SWI to investigate spelling by asking four questions:

1.) What does a word mean?
2.) How is the word built?
3.) What are morphological and etymological relatives of the word?
4.) What are the sounds that matter? What are the letters doing?

1530s, “the giving of thanks,” from thanks + present participle of give. In the specific sense of “public celebration acknowledging divine favors” thanksgiving dates from 1630s

give: bestow, deliver to another

1.) Noun: the state of being grateful, thankfulness

1.) Noun: a bird similar to a chicken

1540s, originally “guinea fowl,” a bird imported from Madagascar via Turkey, and called guinea fowl when brought by Portuguese traders from West Africa. The larger North American bird (Meleagris gallopavo) was domesticated by the Aztecs, introduced to Spain by conquistadors (1523) and thence to wider Europe. The word turkey first was applied to it in English 1550s because it was identified with or treated as a species of the guinea fowl, and/or because it got to the rest of Europe from Spain by way of North Africa, then under Ottoman (Turkish) rule.

The Turkish name for it is hindi, literally “Indian,” probably influenced by Middle French dinde (c. 1600, contracted from poulet d’inde, literally “chicken from India,” Modern French dindon), based on the then-common misconception that the New World was eastern Asia. 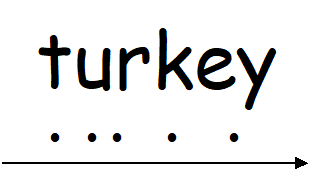 1.) Noun: a small red edible berry of a swamp-growing shrub

2.) Compound (a word made of more than one word)

1640s, apparently an American English adaptation of Low German kraanbere, from kraan “crane” + Middle Low German bere “berry”. The reason for the name is not known; perhaps they were so called from fancied resemblance between the plants’ stamens and the beaks of cranes.

4.) The double <rr> functions as a digraph, or a grapheme that consists of two letters.

1.) Noun: the day that follows Wednesday and comes before Friday

4.) The <th> and <ay> are digraphs, or a grapheme that consists of two letters.

1.) Noun: the edible or decorative fruit of the genus Cucurbita

1640s, shortened borrowing from Narraganset (Algonquian) askutasquash, literally “the things that may be eaten raw,” from askut “green, raw, uncooked” + asquash “eaten,” in which the -ash is a plural affix (compare succotash, from Narragansett misckquatash “boiled whole kernels of corn”)

4.) The <qu> and <sh> are digraphs, or a grapheme that consists of two letters. 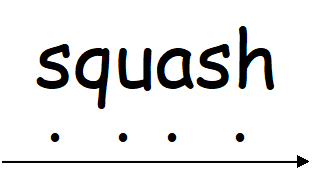 1.) Noun: (1) horn of plenty, a symbol of abundance and nourishment, (2) an abundant supply of good things of a specific kind

1590s, from Late Latin cornucopia, in classical Latin cornu copiae “horn of plenty,” originally the horn of the goat Amalthea, who nurtured the infant Zeus

-a: word-forming element in names (insignia)

-ous: characterized by, of the nature of

4.) The <ou> is a digraph, or a grapheme that consists of two letters. The second <i> also marks the phonology of the <c>. 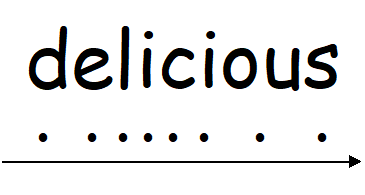 Old English æcern “nut, mast of trees, acorn,” a common Germanic word, originally the mast of any forest tree. Most sources claim a relation to the source of Old English æcer “open land” (via notion of “fruit of the open or unenclosed land”).

egghorn: a word or phrase that results from a mishearing or misinterpretation of another, an element of the original being substituted for one that sounds very similar or identical 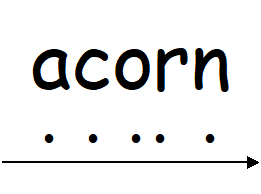 1.) Noun: a starchy plant tuber which is one of the most important food crops, cooked and eaten as a vegetable

1560s, from Spanish patata, from a Carib language of Haiti batata “sweet potato”

In the 1590s, the word was extended to the common white potato

Words that end with a penultimate consonant and final <o> often take the –es suffix. 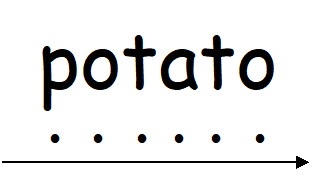 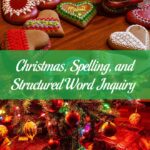