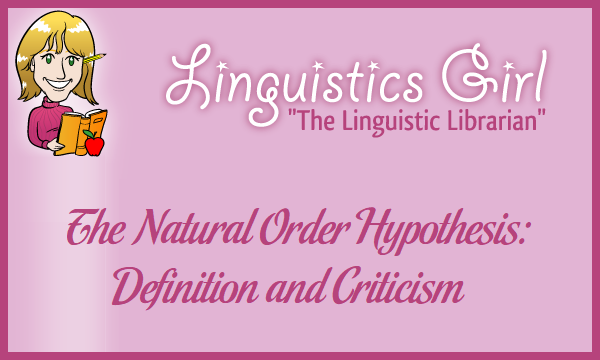 The following sections offer a description of the second hypothesis of the Monitor Model, the natural order hypothesis, as well as the major criticism by other linguistics and educators surrounding the hypothesis.

Definition of the Natural Order Hypothesis

However, regardless of native language, all language learners of any single second language appear to follow the same predictable order; for example, learners of English as a second language generally acquire the grammatical structure of yes-no questions before the grammatical structure of wh- questions. Furthermore, according to the hypothesis, the order of acquisition remains the same regardless of explicit instruction; in other words, explicit teaching and learning cannot change the natural order of acquisition.

Criticism of the Natural Order Hypothesis

However, as Kevin R. Gregg argues, to generalize the results of a study on the acquisition of a limited set of English morphemes to second language acquisition as a whole is fallible. Morpheme studies offer no indication that second language learners similarly acquire other linguistic features (phonology, syntax, semantics, pragmatics) in any predictable sequence let alone in any sequence at all.

Although the Monitor Model has been influential in the field of second language acquisition, the second hypothesis, the natural order hypothesis, has not been without criticism as evidenced by the critiques offered by other linguists and educators in the field. 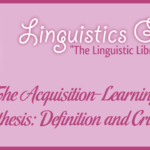 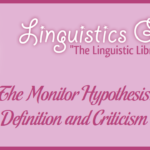