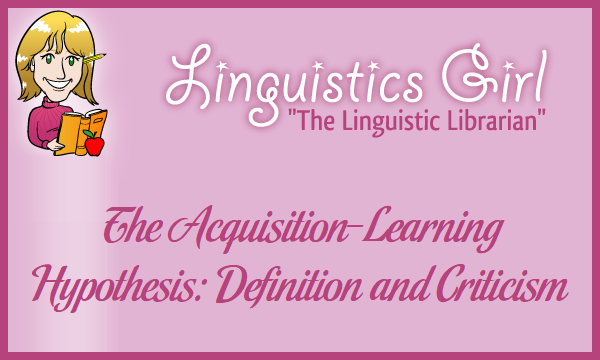 The following sections offer a description of the first hypothesis of the Monitor Model, the acquisition-learning hypothesis, as well as the major criticism surrounding the hypothesis.

Definition of the Acquisition-Learning Hypothesis

The first hypothesis of Krashen’s Monitor Model, the acquisition-learning hypothesis, distinguishes between the processes of language acquisition and language learning. Krashen contrasts acquisition and learning as two distinct and separate language processes. Acquisition occurs passively and unconsciously through implicit, informal, or natural learning, resulting in implicit knowledge and acquired competence of a language; in other words, to acquire a language is to “pick up” a language by relying on “feelings” of correctness rather than conscious knowledge of language rules.

In contrast to acquisition, learning occurs actively and consciously through explicit or formal learning and instruction, resulting in explicit knowledge about a language; learning results in metalinguistic knowledge and awareness. Furthermore, the acquisition-learning hypothesis states that both children and adults acquire language via access to an innate language acquisition device (LAD) regardless of age as well as that learning cannot become acquisition. The most important pedagogical implication of the first hypothesis of the Monitor Model is that explicit teaching and learning is unnecessary, indeed inadequate, for second language acquisition.

Criticism of the Acquisition-Learning Hypothesis

The first critique of Krashen’s Monitor Model is that the hypothesized distinction between acquisition and learning as posited by the acquisition-learning hypothesis, or, more specifically, determining whether the process involved in language production resulted from implicit acquisition or explicit learning, is impossible to prove. As Barry McLaughlin offers as anecdotal evidence, he feels that the German *Ich habe nicht das Kind gesehen “I have not seen the children” is incorrect based on intuition but also knows that the utterance is incorrect based on his knowledge of the rules of German grammar.

Furthermore, critics consider the argument that learning cannot become acquisition questionable. Kevin R. Gregg offers anecdotal evidence of his personal experience learning a second language as counterevidence to the clear division between acquisition and learning: He initially consciously learned the conjugations of Japanese verbs through rote memorization, which ultimately led to unconscious acquisition. In his case, learning became acquisition. Both examples of personal experience with a second language illustrate the problem with stringently distinguishing the process of language acquisition from the process of language learning. Thus, the claim that acquisition is distinct from learning fails to withstand evidence-based criticism

Although influential within the field of second language acquisition over the past few decades, the Monitor Model is not without criticism as illustrated by the major critiques of the learning-acquisition hypothesis. 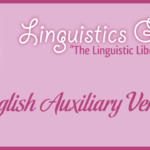 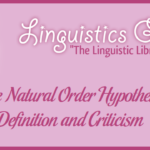