If you have ever browsed my About Us page, you will know that I earned a BA in English studies with a minor in creative writing in May 2007 from Illinois State University, an MS in library and information science in May 2009 from the University of Illinois at Urbana-Champaign, and an MS in English studies with an emphasis in linguistics in December 2011 from Illinois State University. I wrote my English studies thesis on multiple modals in American English. I am now excited to share that my thesis is now available in book form: Structure and Meaning of Periphrastic Modal Verbs in Modern American English: Multiple Modals as Single-Unit Constructions.

Native English speakers of England, Scotland, and Ireland; the southeastern United States; and the Caribbean regularly use at least one multiple modal on occasion, particularly in facesaving contexts, regardless of vertical and horizontal axes of variation. First appearing in written English approximately eight hundred years ago, multiple modals most likely developed from changes in the modal verb system from Old English to Modern English; however, historical multiple modals differed significantly in grammar and meaning from contemporary multiple modals. The most significant change—from epistemic-epistemic combinations to epistemic-root combinations—established the required grammatical and pragmatic conditions governing the use of multiple modals.

Purchase the Kindle version or paperback version of Structure and Meaning of Periphrastic Modal Verbs in Modern American English: Multiple Modals as Single-Unit Constructions via my affiliate links. If you buy the print version, you can get the Kindle version for free as part of Kindle MatchBook. 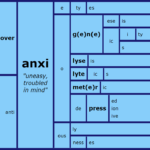