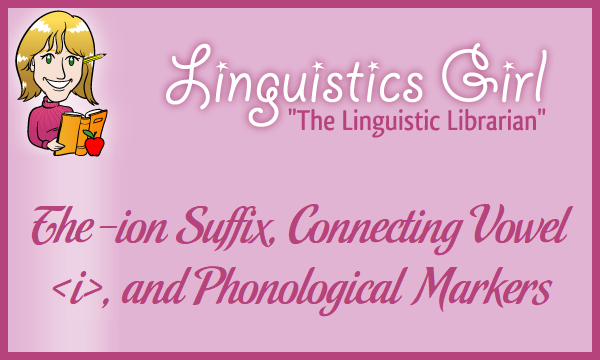 To begin, -*tion, -*sion, -*cion, and -*xion are not suffixes. Only -ion is a suffix. A suffix is a bound morpheme that attaches to the end of the stem of a word to form either a new word or a new form of the same word. A morpheme is the smallest meaningful linguistic unit of a language. A bound morpheme must attach to another morpheme to create a word.

I recently came across a tweet from Logic of English that stated <ti>, <si>, and <ci> all represent the /ʃ/ (sh) sound.

Did you know that TI, SI, and CI all represent the sound /sh/? #logicofenglish#FunFactFriday pic.twitter.com/jZN4Z0T6Ka

This statement is unequivocally wrong. Many English words are spelled with <ti>, <si>, <ci>, and by extension <xi> that are not pronounced with a /ʃ/ sound. For example:

Logic of English offered a clarification, stating that the phonograms (graphemes) <ti>, <si>, <ci>, and <xi> never represent the /ʃ/ at the beginning of a word.

2/3 the sound /ʃ/ is represented by TI, SI, CI, or XI. These letter combinations function as phonograms in these words; they represent a sound visually.

Although appearing together in written words, <ti>, <si>, <ci>, and <xi> are not graphemes. A grapheme is the smallest meaningful contrastive unit in a writing system. English graphemes are largely analogous to phonemes. A phoneme is the smallest unit of contrastive sound in a language. Graphemes cannot cross morphemic boundaries.

The -ion suffix forms abstract nouns from verbs. In Modern English, conversion is a productive word formation process. A grammatical form such as a noun can become a verb without changing form or pronunciation. A word such as <flirt> began as a noun. The verb form developed after the noun form. Thus, to affix the -ion suffix to <flirt> requires first the affixation of the -ate suffix to form a verb and then the affixation of the -ion suffix: <Flirt + ate + ion -> flirtation>.

For other words, the only verb forms ends in the -ate suffix:

Other word families have multiple forms with different meanings:

Why does the affixation of the -ion suffix trigger a sound change in the final consonant of a base or stem?

The -ion suffix consists of the graphemes <i>, <o>, and <n>. The <o> represents the /ə/ sound. The <i> is a phonological marker that indicates the pronunciation of the preceding consonant, which is an example of morphophonology. Morphophonology examines the interaction between morphological and phonological or phonetic processes, focusing on the sound changes that take place in morphemes when combining to form words.

<i> as a phonological marker following <t>, <s>, <c>, and <x> is evident in words with suffixes other than -ion. For example: 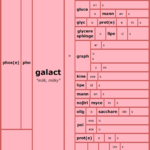 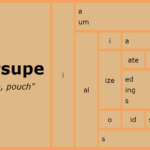