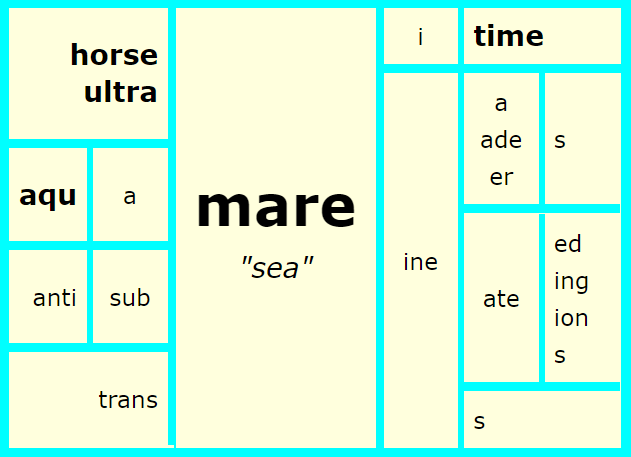 -a: denoting a place
-ade: forming a noun denoting the product or result of an action or process
anti-: opposed to, against
aqu: water, the sea, rain
-ate: forming a verb
-er: denoting a person or thing that performs a specified action or activity
-i-: connecting vowel
-ine: forming an adjective meaning belonging to or resembling in nature
-ion: denoting state, condition, or action
sub-: under, lower
time: the indefinite continued progress of existence and events in the past, present, and future regarded as a whole
trans-: across, beyond, through, on the other side of, to go beyond
ultra: beyond 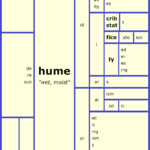 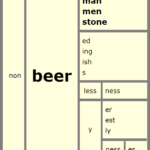