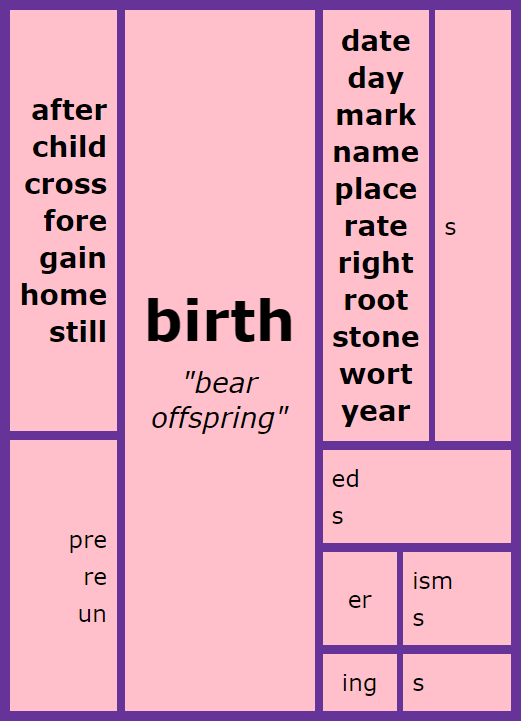 after: in the time following, next to and following in order or importance
child: human offspring
cross: go or extend across or to the other side of
date: day of the month or year as specified by a number
day: twenty-four-hour time period, single rotation of a planet
-er: person who subscribes to a particular conspiracy theory or unorthodox belief
fore: in front, in advance, situated in front of, preceding, going before
gain: prefix denoting restoration or a return to a previous state
home: place where one lives permanently, house
-ism: forming a noun denoting a system, principle, or ideological movement; an action or its result; a state or quality
mark: small area on a surface having a different color from its surroundings
name: word or set of words by which a person or thing is known, addressed, or referred to
place: location; particular position, point, or area in space
pre-: prior to, before, earlier, in front of
rate: measure, quantity, or frequency, typically one measured against another quantity or measure
re-: once gain
right: moral or legal entitlement to have or do something
root: basic cause, source, or origin
still: unmoving, undisturbed
stone: hard solid non-metallic mineral matter
wort: plant or herb used as food or medicinally
un-: not
year: 365 1/4 day time period, single revolution of a planet around a sun 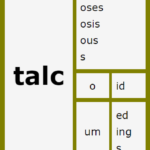