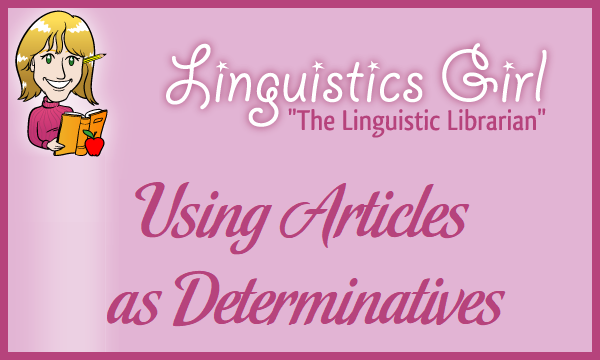 In grammar, a determinative is a word or phrase that expresses additional information such as definiteness, proximity, quantity, and relationships about a noun phrase and that differs from an adjective phrase, which describes attributes. In the English language, articles frequently function as determinatives. Examples of articles as determinatives include the following: