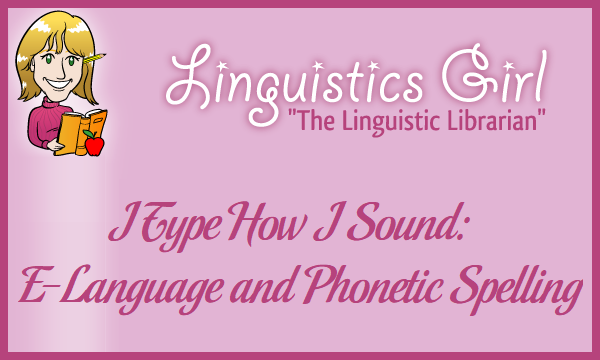 The English language changed dramatically with the introduction of the printing press into England in 1476 because of the development of a written form made possible by wide-spread printing (Smith “Early”). Not until roughly five hundred years later at the end of the twentieth century with the advent of the computer and the Internet would technology again significantly impact the language. Electronic English, or E-English, is the recently developed language of electronic media such as email, instant message, text message, chat, and blog. Just as a written form of English resulted from the introduction of the printing press into the previously primarily spoken language, E-English emerged in response to the new electronic discourse community as neither spoken nor written but rather a form of the language that adapted to the new linguistic environment.

Spoken language more readily accepts phonetic and grammatical variation because it disappears as the sound waves of speech diminish (Smith “Early”). Written language supports standardized spelling and grammar because of its sense of permanence. Electronic language, however, necessitates flexibility in both spelling and grammar due to space consideration as well as nonlinear contexts (“Effect”). Like the early English grammarians who criticized Early Modern English as vulgar and unrefined, modern standard language elitists describe the new language form as an “abbreviated form of communication” and argue that its increasing use threatens “conventional writing methods” with its “phonetic spelling and little to no punctuation” (Klairmont). Regardless of the ever-present value judgments on language, electronic language is not an erroneous deviation from written language but rather a separate form that more closely resembles spoken language.

Since language is first and foremost speech sounds that speakers organize into specific meaningful patterns, written language is a secondary language system (Smith “Phonology”). Language is also arbitrary because of the lack of a natural relationship between the signifier and the signified. For books to possess a certain “bookness” and dogs to possess a certain “dogness” means German and Spanish would not and could not use Bücher and libros or Hunde and perros to identify the same referent. As long as the listener understands the signified as pages bound together from book, Buch, or libro, then the form of the signifier is irrelevant. Whereas Standard English declares that the plural of the noun fish is fish, speakers understand both two fish and two fishes as indicating multiple fish even though fishes is a nonstandard form. 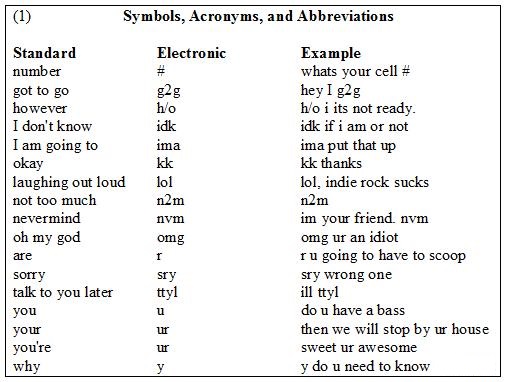 As illustrated in (1), electronic forms of certain words and phrases also vary from the standard. Just as both two fish and two fishes signify multiple fish, fluent chatters and texters similarly recognize # as the written symbol for number [nəmbər], ttyl as the acronym for talk to you later [tɔk tə yə leɪtər], and sry as the abbreviation for sorry [sɑri]. The standard nevermind [nɛvərmaɪnd] and the electronic nvm [nɛvərmaɪnd] both equally mean pay no attention to the previous utterance linguistically. Although spelled differently, oh my god [oh maɪ gɑd] and omg [oh maɪ gɑd] sound exactly alike when read out loud as is the case with all of the symbols, acronyms, and abbreviations in (1). Since both are [ɑr] and r [ɑr] convey the same linguistic sound and meaning, the only difference lies in the irrelevant written forms of the words.

Instead of reflecting the changes in pronunciation from Old English to Early Modern English, English orthography maintained older spellings as a result of the standardization of the language (2). Conversely, Spanish orthography is more phonetic with each letter representing roughly only one sound (3). 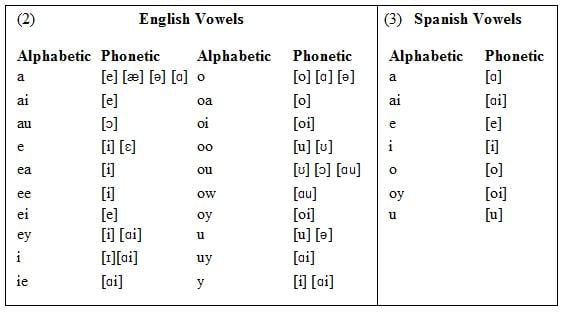 Both literate Spanish readers and chatters unquestioningly recognize tienes cosas spells only [tienes kosas] and no me gusta spells only [no me gusta] because Standard Written Spanish accurately represents Standard Spoken Spanish (“Spanish”). English speakers, however, cannot phonetically distinguish between words like no [no] and know [no] because both are pronounced with the alveolar nasal consonant [n] followed by the mid back vowel [o] nor can literate English readers differentiate read [rid] from read [rɛd] in print because the phonetically different words are both written as read.

In response to the perplexing English orthography, English texters and chatters instead adopt a more phonetic spelling system more representative of actual speech as illustrated in (4): 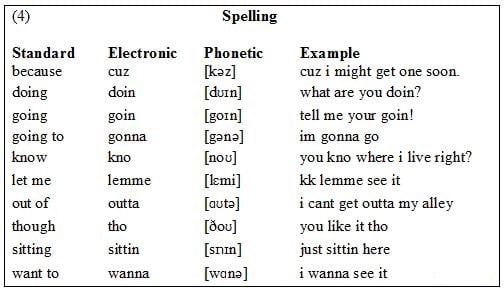 Prescribed written language does not necessarily equal actual spoken language as exemplified by the common clipping of because [bikəz] to cause [kəz] and the frequent assimilation of out of [ɑʊɾ əv] to outta [ɑʊɾə] (Smith “Phonemes”). According to standard written language elitists, E-English orthography is caused by laziness, detrimental to traditional writing methods, and inconsistent in form (Klairmont). But, chatters and texters oppositely spell because consistently as cuz [kəz], know consistently as kno [noʊ], and though consistently as tho [ðoʊ] with more practical orthography that more accurately represents spoken language by eliminating unpronounced letters and substituting more phonetic symbols (Johnson). Conventionalized rules even exist for the use of Standard English spelling in electronic media such as to create emphasis in (5):

Standard language purists argue that students who proficiently chat and instant message with electronic forms lack standard writing skills. According to Mary Trachsel of the University of Iowa rhetoric department, students frequently “write with run-ons, sentence fragments, often not following standard writing rules”1 including spelling and punctuation because of the pervasive prevalence of E-English on computers and cell phones (Klairmont). E-language opponents cite an increasing “frequency of errors in grammar and punctuation” related to both instant message and text message (Klairmont). But, as with the electronic spelling system, electronic forms of punctuation also more accurately represent spoken language because punctuation is primarily a written convention. Chatters and texters consistently omit apostrophes, which signal omissions and possessives, from both contractions and possessive forms as illustrated by conventional electronic apostrophe use in (6) (“Apostrophe”): 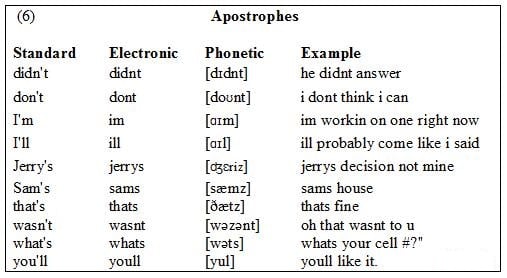 Periods alternatively mark a complete change in subject between sentences and phrases as illustrated in (8):

Conventional written punctuation style conversely indicates that commas denote separate phrases and clauses within the same sentence and periods mark the end of a complete sentence. But, since electronic language is more paratactic than written language eliminating the use of subordinate clauses and subsequently the need for subordinating commas, chatters and texters consistently shift the function of punctuation to fit the linguistic environment.

Although n2m [nɑt tu məč] and gonna [gənə] conform differ from the prescribed spelling and pronunciation of Standard Written English and Standard Spoken English, both electronic forms communicate the same linguistic meaning as actual spoken not too much [nɑt tu məč] and going to [gənə]. E-English emerged at the end of the twentieth century as a result of the new linguistic environment created by electronic media like instant message and chat. In response to the highly nonphonetic English orthography, chatters and texters developed alternative spellings and forms for a more phonetic written representation of spoken language. Punctuation function also changed in adaptation to the more frequent parataxis of e-language. Thus, even though standard language elitists criticize electronic language as a vulgar deviation from written language, E-English is a legitimate form of the English language that more closely resembles spoken language.

1 “They have a hard time telling what is a complete sentence,” she said. “They write with run-ons, sentence fragments, often not following standard writing rules.” Only an objective linguist could explicitly overlook the awkward construction of Ms Trachsel’s criticism while implicitly mocking her objections. 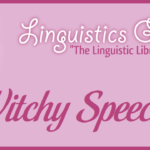