While reading some books about the history of words earlier this year, I came across the word <fopdoodle>, which means “a stupid or insignificant fellow, a fool, a simpleton.” The morpheme <doodle> means “fool, simpleton” and is of unknown origin. The noun meaning “simple fellow” is attested from 1620s.

My family has been using the word <fopdoodle> in everyday speech whenever possible, so I decided to study the word. Searching for other words that contained <doodle>, I found the following list:

At first I thought that I could put all the words into a single matrix, but I was wrong.

The base is <doodle>, so <doodle> and <doodles> are the first words that I put into the matrix. Etymonline lists <doodle-bug> as a relative. <doodlebug> is another spelling, so I put <doodlebug> and <doodlebugs> in. Etymonline also lists <flapdoodle> as attested in 1833 as meaning “the stuff they feed fools on,” perhaps with allusions to flap “stroke, blow” and doodle “fool, simpleton.” The word <sardoodledom> means “well-made works of drama that have trivial, insignificant, or morally objectionable plots.” The <sar> is a clip of <Sardou> from Victorien Sardou.

The word <dipsydoodle> means “follow a zigzag course,” but the etymology is unknown. I thus placed the verb <dipsydoodle> and its forms in an Unknown Origin category.

The word <whangdoodle> is attested from around 1856 of American origin. However, I cannot find any etymological information on the word. The first use is attributed to William P. Brannan in a sermon parody as “Where the lion roareth and the whangdoodle mourneth for her first-born” published in The Harp of a Thousand Strings: Or, Laughter for a Lifetime in 1858. I thus placed <whangdoodle> in the Unknown Origin category.

The word <snickerdoodle> is especially interesting to me. The etymology is unknown. One hypothesis is that the word is a mispronunciation of the German <Schneckennudel>. <schnecken> means “snail, slug.” The <snick> can also mean “cut, clip, snip.” However, because the history is uncertain, I put the word under the Unknown Origin category.

The phrase <Yankee Doodle> may also be related, but the relationship is not certain.

I can therefore say for certain that only five words of the original eight go into a <doodle> matrix in which <doodle> means “simple fellow.” 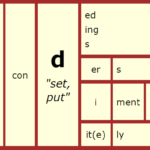 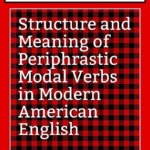